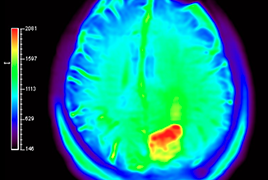 Scotomas In The Visual Field As The First Sign Of Intracranial Expansion. Case Report

Published in Czech and Slovak Ophtalmology: 2021 - 3

The most common cause of visual field loss in ophthalmology is glaucoma. Other causes of visual field damage include local damage to the eye itself in intrabulbar or retrobulbar neuritis or injuries. However, they can also be caused by general diseases, e.g. in endocrine orbitopathy, toxic and nutritional neuropathy, or in diseases that are localized intracranially. Each of these findings in itself suggests the nature of the lesion, its intracranial location, lateral occurrence, as well as in which part of the visual pathway the lesion is located. The use of perimeter has therefore become the primary examination method, which is available, is not demanding and will quickly allow a diagnosis to be made. When found on a perimetric examination, it is necessary to indicate targeted imaging examinations, such as computed tomography or magnetic resonance imaging. The article describes a patient who was primarily examined at the Department of Ophthalmology, Faculty of Medicine, Comenius University and the University hospital of Bratislava. The patient reported visual field outages, and after subsequent computed tomography, she was interdisciplinary managed and surgery was done on at the Neurosurgical Department. After the operation, there was a significant improvement without a pathological finding on the perimeter.